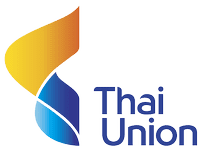 The people who lead us,
The principles that guide us.

At Avanti, we cultivate an approach with strong foundations in leadership and professionalism. A work culture based on performance and growth is what we try to inspire in all our divisions. This has been made possible by the legacy left behind from the early years of the company.

The architect of India’s blue revolution...
Our founder chairman, the late Sri Alluri Venkateswara Rao, is a beacon of inspiration for all employees at Avanti. He has played an instrumental role in the company’s initial steps into the aquaculture industry. His guiding principles – vision, truth, hard work and prosperity; motivate us to sustain our efforts in innovation, development and customer relationships.

Sri. Rao was a prominent entrepreneur himself. Born into a family of agriculturalists and industrialists, his knowledge was not just limited to aquaculture. He had immense experience in other businesses such as steel re-rolling, solvents extraction, fertilisers & pesticides, tobacco and amino acids.

With the advent of the blue revolution, Sri Venkateswara Rao took Indian aquaculture to great heights with fast-paced development in both processing and exports. In early 1993, he established a first-of-its-kind, multinational collaboration with Pingtai Enterprises from Taiwan, setting the stage for production and distribution of international-grade shrimp feed and shrimp farming in India.

India’s position in the aquaculture sector was further expedited by Sri Rao in 1998 when he formed the Aqua Products Processing & Export Division (APED) in East Godavari district in Andhra Pradesh. With great emphasis on quality, hygiene and value-addition, the APED unit, under Sri Rao’s guidance, delivered aqua products to international markets in Japan, USA, Australia and the UK. This not only facilitated foreign trade, but placed Avanti Feeds on the global map of seafood expertise.

Outside business, Sri Venkateswara Rao provided much-needed assistance to the education sector by establishing the AVR Trust in 1999. With the support of the trust, he set up the ABN & PRR College of Sciences in Kovvur, Andhra Pradesh. This was a dream come true for Sri. Rao, fulfilling his vision of a graduate and post-graduate college with modern facilities, competent faculty and courses in arts, commerce and sciences. He was also a regular contributor to several other educational organisations, old age homes and social welfare projects in different parts of Andhra Pradesh. 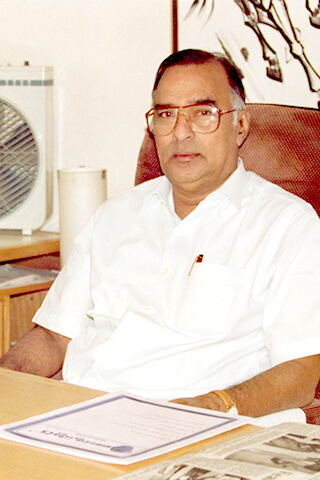 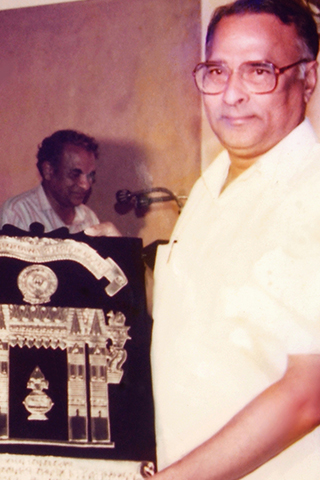 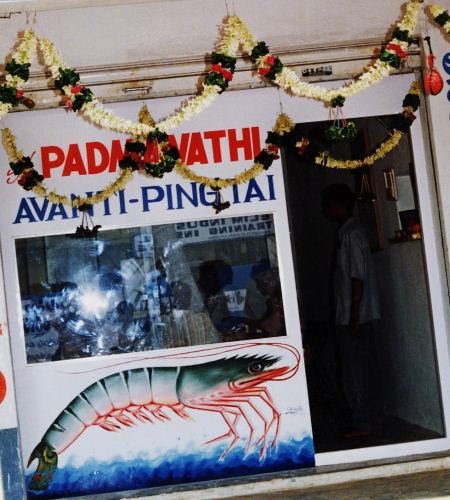 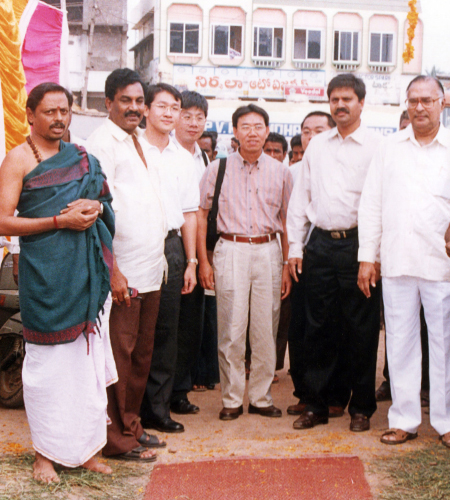 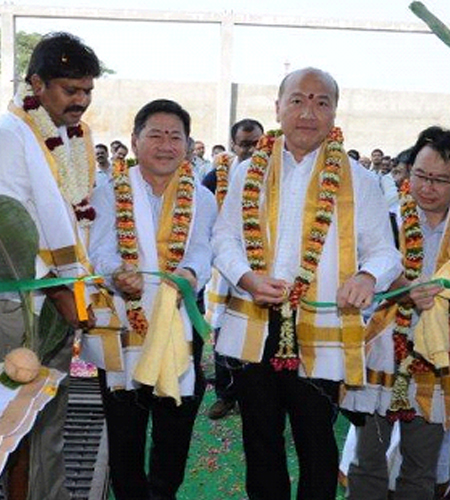 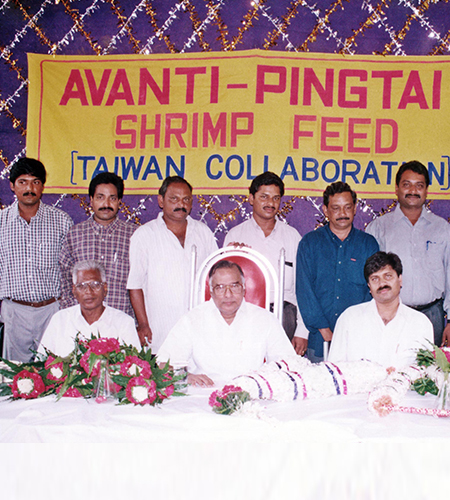 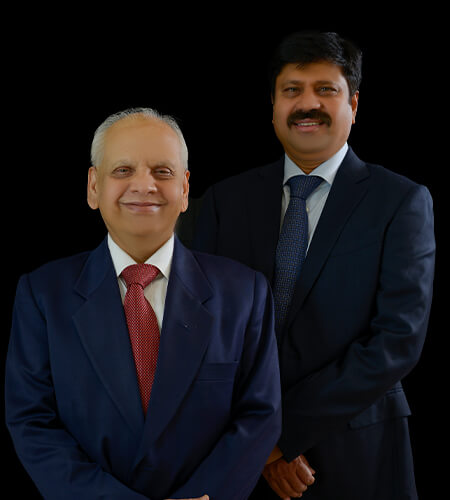 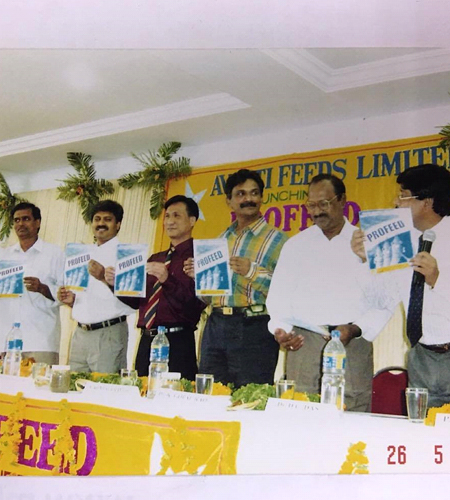 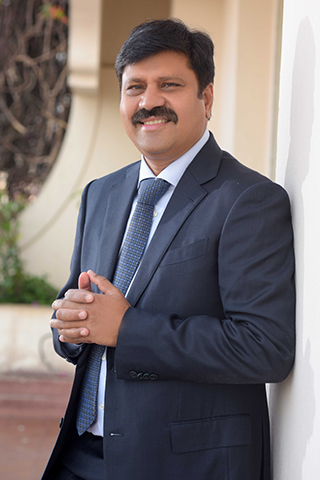 Steering us towards goals, everyday...
Mr. Alluri Indra Kumar, our chairman & MD, is a true promoter of Avanti’s ideals, its export-oriented vision and the longstanding goal of becoming a global leader in the seafood industry. After his graduation in chemical engineering, Mr. Indra Kumar helped establish Srinivasa Cystine Limited together with Sri Alluri Venkateswara Rao our founder chairman. In 1993, he established Avanti Feeds and on the directorial board of the company. Assuming responsibilities as executive director, he went on to deliver exceptional results in the company’s shrimp feed manufacture, processing and exports. Later on, in 2002, he took over the helm as chairman and has ever since, driven the business to its current stature as one of India’s biggest seafood companies.
Bringing advancements with experience

Immediately upon taking charge, he introduced progressive strategies in technology, marketing and branding. Mr. Indra Kumar nurtured Avanti’s close relationship with global seafood experts, Thai Union. From 2008 to 2010, he aggressively campaigned with the government for the introduction of Vannamei species into India. All these efforts paved the way for the country’s earliest innovations in feed production, quality, traceability and value-added export products.

Mr. Indra Kumar has several years of experience in the shrimp culture and processing sectors. With special focus on farmers and products, he organises effective seminars and training workshops conducted by global aquafeed experts. He has also established a number of testing laboratories in major locations to help farmers test soil, water, seed and shrimp.

In recognition of his efforts

His expertise in the industry has also earned him several accolades, along with the trust of the farming community and people within the aquaculture industry. Courtesy of his contributions to the field, he has been recognised as one among the best CEO and most trusted CEOs in India. He has also been a recipient of the award for ‘Best Value creators in India’, on multiple occasions.

Commitment to the community

Besides being the driving force of Avanti Feeds Limited and Avanti Frozen Foods Private Ltd., Mr. Indra Kumar is actively associated with a number of programs within the community. As an integral part of Avanti Foundation, he is involved in the management of educational institutions, infrastructure development and other social activities like funding and management of old age homes and welfare schemes.

Mr. Indra Kumar is actively associated with the following institutions –

Steering us towards goals, everyday...

Mr. C. Ramachandra Rao is the Joint Managing Director, CFO and Company Secretary of Avanti Feeds Limited. He is a Chartered Accountant, Company Secretary and a Law Graduate. Mr. Rao has worked in the Department of Company Affairs, Govt. of India, Public sector undertakings as well as private organisations before joining avanti group . He has an experience of more than 40 years.

Mr. Rao is also on the board of Avanti Frozen Foods Pvt. Ltd., Srinivasa Cystine Pvt. Ltd., Srivathsa Power Projects Pvt. Ltd. and Patikari Power Pvt. Ltd. He actively participates and contributes to the Company’s strategic planning. His focus is on Commercial, Finance, Taxation and Corporate Affairs of the Company. And, as a senior management executive, he is equally involved in implementation and monitoring of policies to ensure company goals and objectives are met. 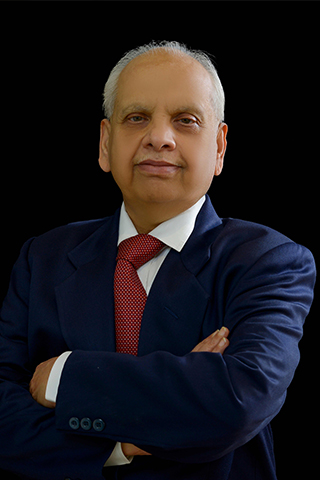 Home
About Us
Leadership
Community
Sustainability